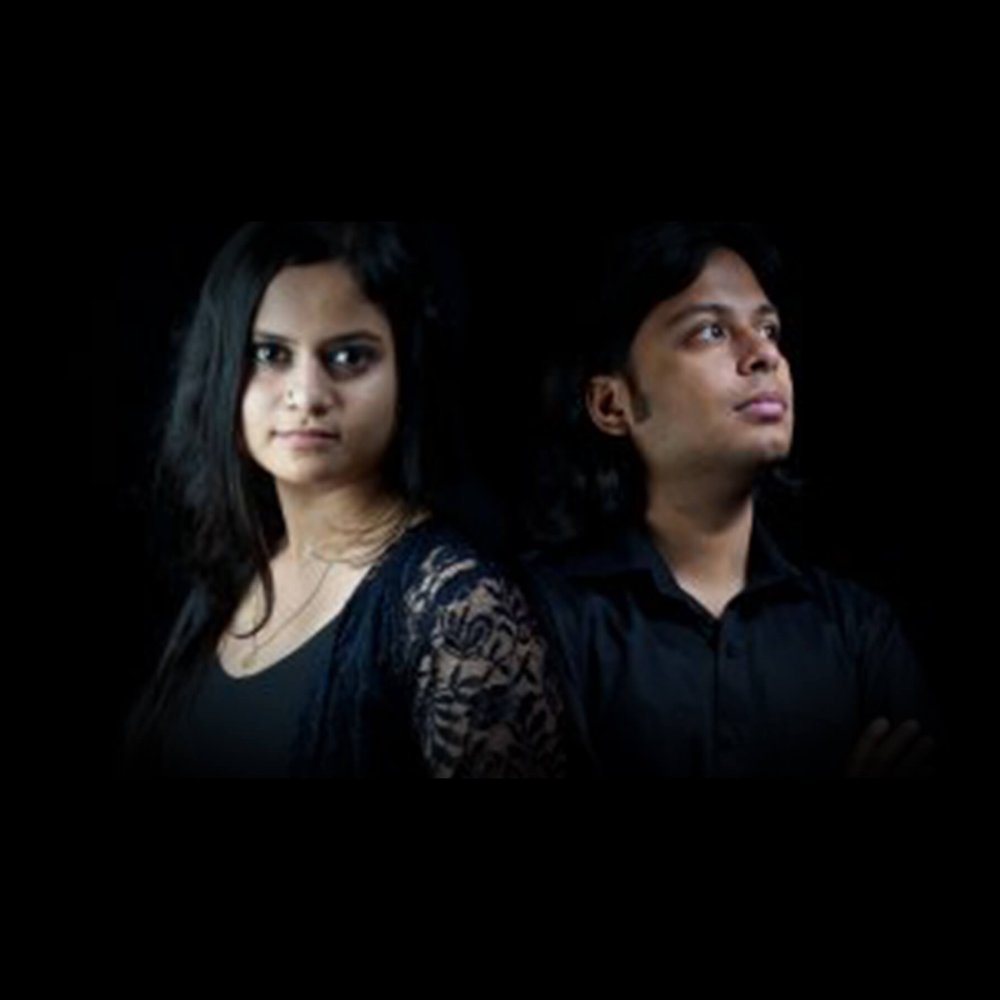 Shadow and Light are the contemporary-classical duo of Anindo Bose and Pavithra Chari, born on a cold November afternoon in New Delhi

With the sole focus of creating original music, they have written and independently released 3 studio albums to critical acclaim: Shadow & Light (2014), Elements (2016) and Sabar (2018). Their third album ‘Sabar’ has been streamed over 2 million times since its February 2018 release.

As recipients of multiple accolades and awards, they were first runners up among 200 bands of India by Sennheiser 2015 and declared ‘Best Pop Act 2016’ at the Radio City Freedom Awards. Shadow and Light were also featured on the 2018 cover of Rolling Stone India, and in 2020, they received the Avishai Cohen 2020 music award. Their latest single Raahein was released worldwide through the Spotify Global Radar Artist program 2022.

Quotes from the press:

“Their 2016 album Elements became a sort of benchmark for anyone seeking an evocative melange of Indian classical and contemporary pop, jazz and rock. In their third album Sabar (2018), there’s a touch of perfection to their contemplative and celebratory tunes.” – Anurag Tagat (The Hindu)