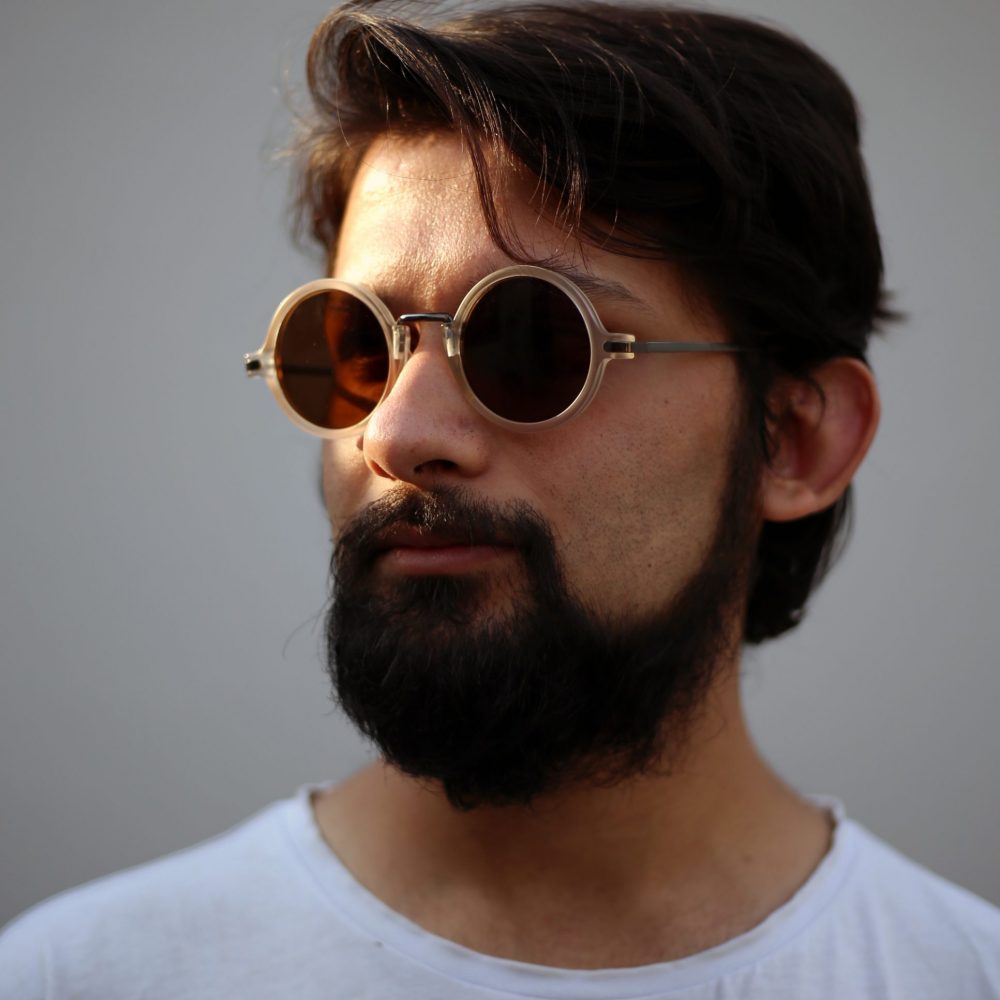 Samar Mehdi is an eclectic singer/songwriter who writes and performs music in a format called ‘percussive fingerstyle.’ This essentially means that he emulates the sound of an entire band on his acoustic guitar.

For a long time, Samar sneaked his way to learning instruments in school and at home when his parents were away, starting with the snare drum in his school’s marching band (aged 10) and moving on to the flute and saxophone, among other instruments in the same arrangement within the next three years. On the side of that, Samar secretly installed FL Studio 2 on his father’s Celeron desktop and learnt music arrangement on it while no one was at home. Inspired by his cousin brother’s skills on the keyboards, Samar too tried his hand on it in school, and it was here that he was able to f

Based in Bhopal, in the Madhya Pradesh region of India, Samar had his heart set on music from an early age and would learn instruments secretly at school without his parents’ knowledge, starting with the snare drum in the school marching band and then the flute and saxophone. At the same time, Samar secretly installed music production software onto his father’s computer and would teach himself music arrangement whilst no-one was at home. After also learning the keyboard, Samar eventually found his way to the guitar and has since quickly emerged as one of the best guitarists from his region.

Aged 16, Samar was invited to join Acrimony and together the band experimented with different styles of music, until finally arriving at metal. Acrimony rose to the top of the central Indian metal scene while playing a significant role in the initiation of the local scene of Bhopal. In December 2011, Acrimony released their fully home-produced debut EP mainly to the attention of the nation’s underground scene. With the perfect launchpad in place, the band were expected to take it to the next level, but all expectations were marred by the controversial exit of their drummer, which put the band on an indefinite hiatus.

Fast forward 2 years, and with Acrimony’s future still uncertain, Samar decided to further explore his musicality by co-founding ‘Ferryclock Yarns’ with four of the five existing members of Acrimony. Apart from getting an opportunity to feel “active” again, Samar could now allow his alternative/modern rock roots to grow towards a Urdu/Hindi lyrical space in this new setup.

Samar released his debut solo EP ‘Urooj’ in 2018 which introduced the varied richness of Samar’s songwriting, with the 5 songs revolving around the question of “what gives meaning to your life?”. The follow up was 2019’s ‘Guruub’ which draws inspiration from the realisation that not everything that exists or happens has a reason or meaning and deals with the acceptance and acknowledgement of this feeling. Samar has since released two singles, Sukoon (2020) and Martbaan (2021), and is working on new music to follow. At present, he currently has 49,000+ followers on Spotify, and has been regularly featured in Rolling Stone India.

On joining the Anara roster, Samar said “I believe joining Anara marks the beginning of a new chapter in my career, transitioning from ‘the grind’ to a point where I feel things are now in place for me to reach for the stars…I am now looking forward to expand and diversify my work more in spaces like Sync Licensing, and I can’t wait to work with Anara on all of these fronts!”