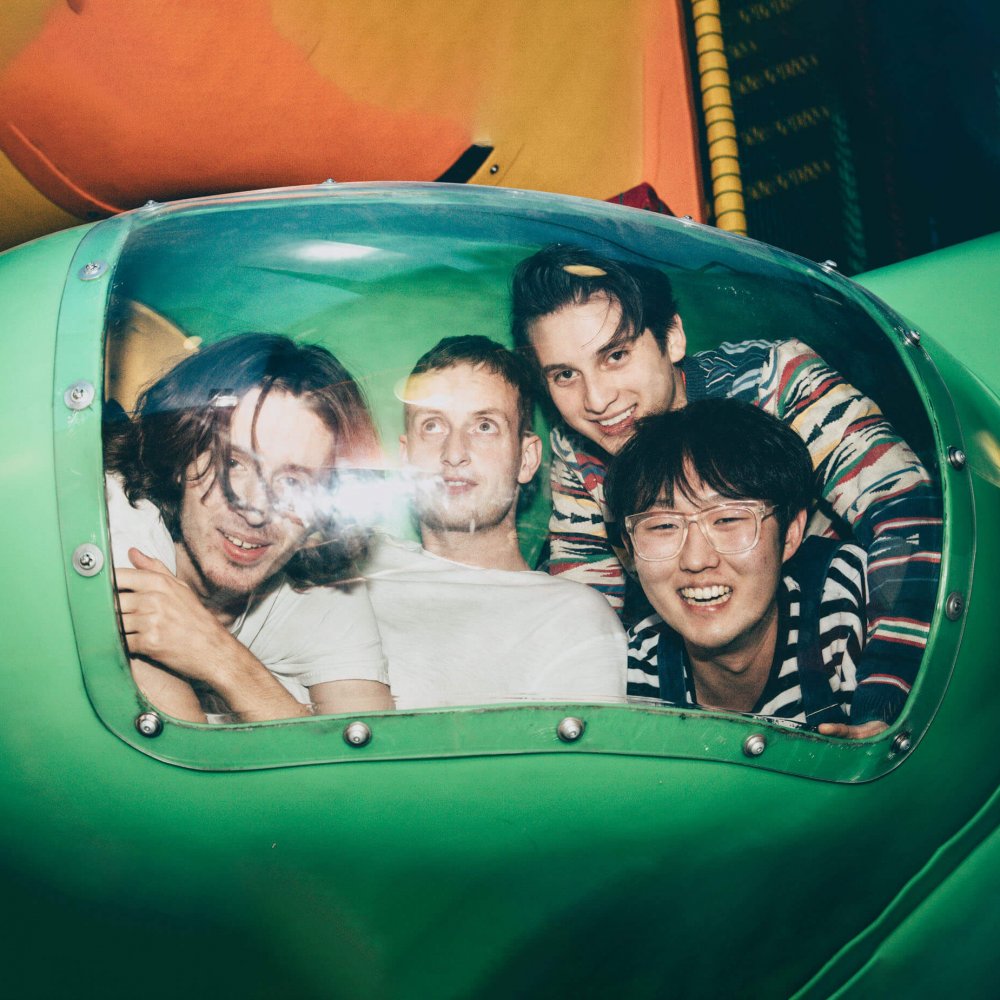 The bands take on psychedelia creates otherworldly and trippy tunes, which are sure to nest inside your noodle, infecting and altering your musical taste. CAVEPARTY are based out of Liverpool and have been in the melting pot for just over two years. The band are internationally diverse and have somehow managed to create a psychedelic/pop – alternative/rock formula that crashes down on your ears, wave after wave.

The band belongs on the big stage, making music that carries importance while delivering a show that creates emotions and memories.

Miru Song (lead singer) hails from South Korea, and has only spoken English for just over 2 years. This doesn’t make any sense when you get to see him sing LIVE.  Ricardo Ulloa (lead guitar) is also from Mexico, and again has only been speaking English for 3 years, which makes the bands dynamic even more interesting.

While the rhythm section of the band is from Leicester and Liverpool, which only adds to the ingredients that makes the band special/unique.

“There’s plenty of dreamy, jangly 60’s inspired Psychedelica in CAVEPARTY’s second single ‘Strange Lullaby‘. The track seems to be taking cues from all over musical history, with guitar tones that could pulled from Sgt Peppers and the thumping distorted basslines of Tame Impala.” Xunemag

“A total joy to stumble upon, another breath of fresh air and a mighty step in the right direction for the unstoppable revival of rock music.” Stereo Stickman