Self-described as “unafraid to experiment or to go against the tide,” Abhimanyu-Pragya are presenting a unique sound experience for their listeners. 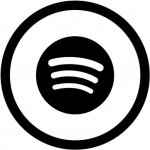 A chance meeting and a common love for music has led to the creation of Abhimanyu-Pragya. Self-described as “unafraid to experiment or to go against the tide,” this band is presenting a unique sound experience for their listeners. Speaking of their 2021 single titled “Kyun Gaya Tu,” Akarsh Shekhar of The Score Magazine described how “Abhimanyu and Pragya have done an admirable job of conveying the sorrow of dealing with a personal loss. The song’s lyrics, emotion, and the serene melody are enough to make you melt from the inside. However, the track’s atmosphere isn’t as sepulchral as a funeral dirge, it’s a little more upbeat than that. Pragya’s voice has an ethereal space-y timbre and it’s layered beautifully on top of a minimalist musical arrangement featuring a gentle acoustic guitar pattern with some light drum beats thrown in for good measure.”

Previous achievements include reaching the Top 5 of The Voice India (Top 5), along with working professionally in the music industry for the past 5 years with companies Alt Balaji, T-series, Tips, Big FM, Shemaroo, Songfest and Times Music, to name a few.

Speaking of their career to date, Abhimanyu-Pragya explained how “We are loving our journey as indie music creators. It makes us truly independent when we can discover every aspect of our music making skills such composing, production and singing.”

Quotes from the press: