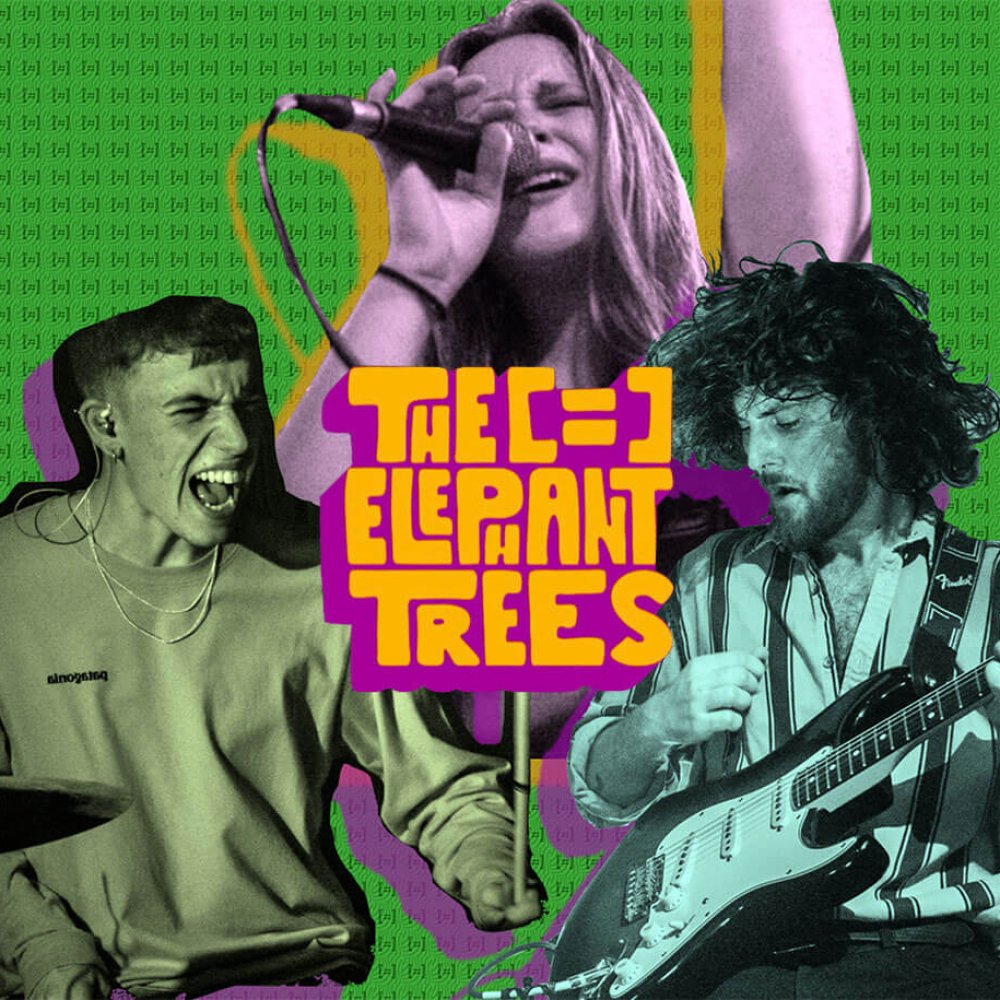 ‘The Elephant Trees’ have become a symbol [=] quite literally of remembering your roots whilst exploring exactly who you are and embracing every aspect of that individuality.

Twenty One Pilots, Bring Me the Horizon, Everything Everything, Yonaka, The 1975

Upon a hill in Gusieley (Leeds, UK) a group of trees grew to form the silhouette of a herd of elephants. Under these Elephant Trees grew Martha and Sam, who along with their friends found the best way to make it through a warped society was to discover music; listening, writing, playing and breathing became the same.

They’ve been told it’s not a great band name but ‘The Elephant Trees’ ethos isn’t about being the coolest or trendiest band on social media. They care about creating a community and safe space for everyone that has ever felt out of place or lost.

Mental health, sexuality and ‘growing up’ to discover the world’s complexities form the basis of the songs Martha writes, pouring out her findings and truths on stage as Sam and Tom (resident drummer until he inevitably becomes Prime Minister) chaotically create a sonic backdrop upon which Martha preaches her often intricate stories.

The fanbase for this dubbed “chaotic mess” is growing by the day, picking up gig goers across the UK and Europe.

The Elephant Trees are genre-bending and we love it, ‘Monachopsis’ is an EP for everyone. Made with love, with a purpose, it’s a sleek debut from the northern band.

Undefined by genre, the pair have cleverly crafted an EP that captures their fiery nature and packages it into a small (yet sonically huge) body of work.