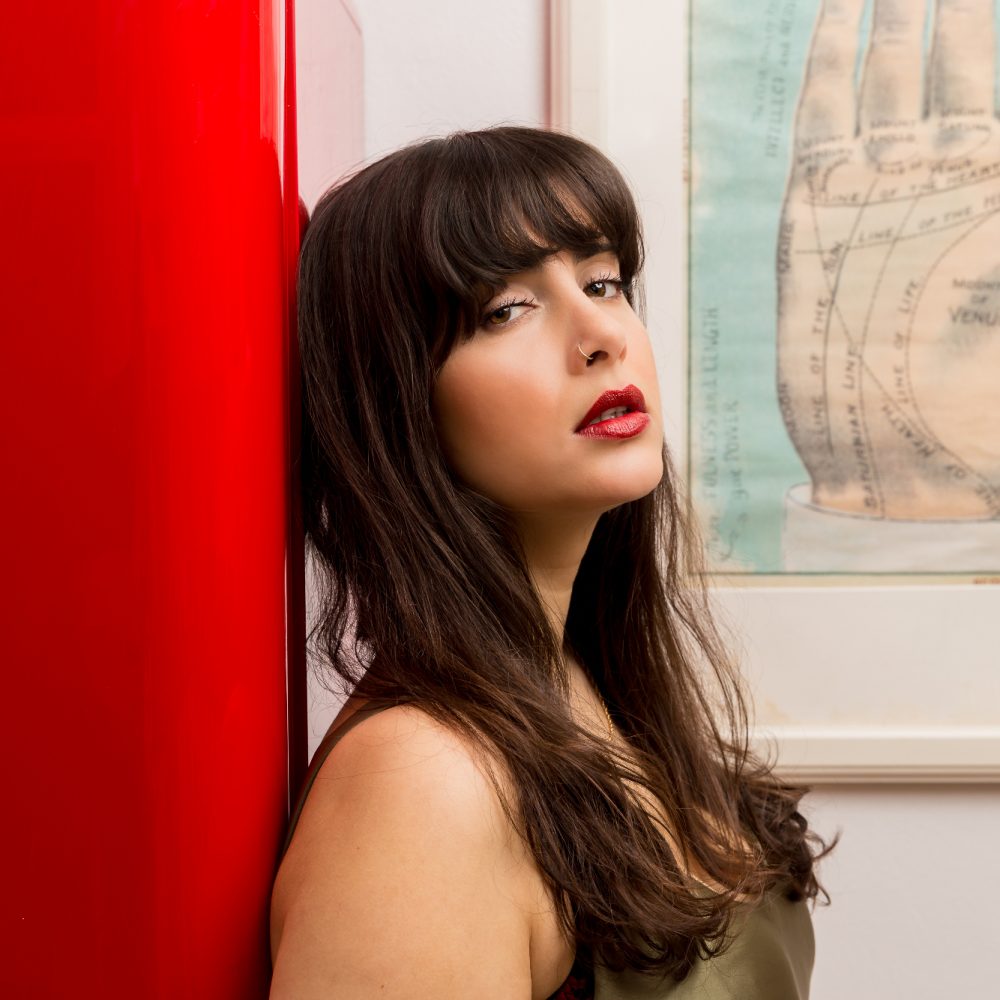 Georgia Black is a contemporary Jazz and Blues singer from North London who is Influenced in equal parts by the dark electronica and timeless production of Portishead and the female greats, such as Shirley Bassey, Etta James and Peggy Lee.

Since then, she has been busy honing her craft, taking the old jazz, blues and soul influences she grew up with, and combining them with modern production techniques and sounds to create a fresh, contemporary sound. The results were singles ‘Invisible Enemy’ and Repeat & Play’.  Latest single ‘Curves’ was released in early 2021, after a bumpy ride as an independent artist through the pandemic stricken 2020. An ode to being comfortable in one’s own skin and leaning to love yourself, the track was released on International Women’s Day, as an antidote to the mental health issues and body dysmorphia suffered by countless young women.

Previous ventures of Georgia’s have included Sofar Sounds, supporting Omar at Manchester’s Band on The Wall and innovative projects like Punchdrunk’s production of The Drowned Man – an immersive theatrical show that saw attendance from Adele, Prince Harry, Madonna, to Breaking Bad’s Aaron Paul. She has also collaborated with numerous top-drawer producers, including Guy Chambers in the past.

With more new music due to be released soon, 2021 is lining up to be Georgia’s year.

Georgia Black in the press:

“It’s safe to say you won’t have heard anything like Georgia Black before, but we’re certain you’ll be seeing a lot more from this talented artist.” – Joe Beer, Variance Magazine

“Throughout, Georgia’s rich alto is perfectly suited for this type of music. Full bodied and emotional, it demands to be heard.” – Simon G. Spencer at alittlemorevodka.com

“Her soulful, sultry vocals bring to mind the likes of Lana Del Rey, whilst the seductive synths emit a mesmerizing release.” – Claire Legeron, The Fox Magazine

“Georgia Black is a singer and songwriter with an assertive Jazz and Blues style which draws inspiration from musical female influences such as Etta James, Peggy Lee and Nina Simone.” – Lea Renotte, conversationsabouther.net